Should I Buy A Motorhome With A Gas or Diesel Engine? 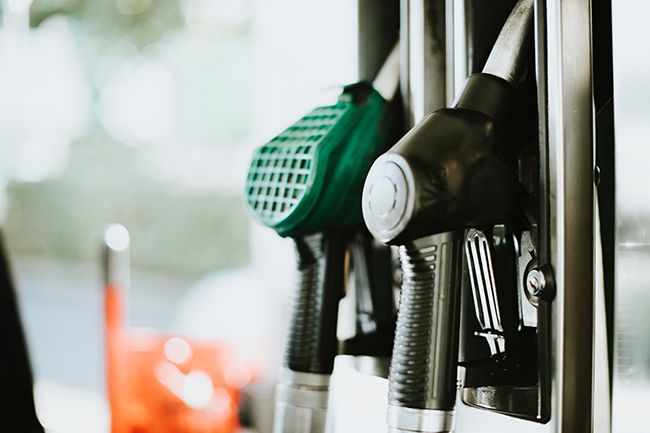 If you are in the market for a motorhome, then you know that one of the first decisions you must make will be concerning engine type...gasoline or diesel?

This choice has been one of the most controversial over the nearly half century we have been in business and continues to be debated even to this day. The objective in this segment will be to discuss the pros and cons, and to help you determine which style best suits your needs. We will discuss four categories: riding/handling, affordability, payload/power, and dependability.

1. Ride/Handling: First, let's consider handling and ride by breaking this area down into class As and class Cs. It is universally accepted that the diesel class A ride is superior to that of a gas class A. Almost all diesel engines in the class A market will be mounted on a chassis with air ride suspension, and will additionally therefore have larger wheels/tires. There are exceptions. Most FRED front engine diesels or some inexpensive diesel products may not have air ride, but overall most diesels will have a smoother ride and consequently in most cases, better handling. Additionally, most have air brakes that significantly improve braking as compared to standard brakes on a gas A.

Concerning standard-sized class Cs there really seems to be little or no difference between gas-powered and diesel-powered when discussing handling and ride in the standard-sized Cs. If one is considering the very large diesel Super-Cs built on Ford-550 chassis or semi-chassis, then the differences are similar to those discussed above when comparing gas/diesel As.

2. Affordability: Secondly, the affordability of a motorhome will be a major consideration when shopping gas-powered vs. diesel in both Cs and As. The cost of diesel fuel in recent years is running about 20 to 60 cents higher per gallon. Unfortunately, diesel class As do not normally get as many miles per gallon as do their gas counter parts. The reason lies in the size of the diesel engine and average length of diesel class A motorhomes. Diesel class As are almost always the largest units requiring the biggest engines and consequently less miles per gallon. Because most diesel Cs produced are some of the smallest motorhomes produced, the average diesel C will get more miles per gallon than gas Cs the exception to this would be the Super-C diesels mentioned earlier. As most of you have already found out, diesel products are more expensive to purchase resulting in higher starting costs or payments.

Typically, no matter if the unit is an A or C, the cost of maintenance is higher for diesel vs. gas. Although the average used diesel motorhome is of more value than its gas counterpart, the actual loss in value over time will be greater for a diesel than a gas in almost all cases.

3. Power/Payload: Concerning power and payload we should again separate As and Cs. When considering a class A, with very few exceptions a diesel class A will have a higher payload and more power. Most late-model Class A diesels can easily go up hills effortlessly even with a vehicle in tow. Class As with engines such as the gas Ford V-10 or the now discontinued Chevy 8.1L will climb our mountains in the lower 48 but a drop in speed, especially when towing, is to be expected. Many owners of gas engines would counter that mountains are not the place to operate at higher speeds, and in fact, reducing speeds would be in order thereby reducing the diesels advantage in this aspect.

When we consider power in class Cs, the majority of diesel C products are at the extremes. The very small diesel engines in small Cs will typically have less power than most gas class Cs will. The diesel super C with its large engine will be expected to be more powerful than gas class Cs.

4. Dependability: Finally, let's look at the most controversial topic--dependability. The reason the answer to this topic might be different from what is expected is due to the limited operational time of motorhome engines. Most would assume that a diesel engine would always outlast and be more dependable than a gas engine based on automotive and commercial results. However, in an RV application most motorhomes will average only a few thousand miles per year and therefore only be running a small fraction of the time. The theory behind the longevity and reliable operation of diesel engines is to start them and let them run. Even in the automotive industry some are finding that in diesels pickup trucks the dependability and longevity is nowhere near comparable to that of the trucking industry, due to intermittent stop-and-go operation.

Many truck owners that primarily use their pickup to drive short distances to work, church, etc. and do not operate the diesel in a continuous use operation are experiencing the same issues that we in the RV business see. Limited use is much more detrimental to the diesel engine than it is to the gasoline engine. The diesel purchaser that will drive their unit tens of thousands of miles per year, or let their engine run at events such as races will typically be well-pleased with the dependability/longevity. However, since most RVs are not driven large amounts each year and do sit a large portion of the time, it is not uncommon for the gasoline engine to actually have fewer and less severe problems than its diesel counterpart.

In conclusion, there really is no right or wrong when it comes to gasoline vs. diesel, but rather which is the BEST product for your application! For the majority of RV owners, a gasoline-powered motorhome is sufficient, but remember: it only matters what works best for you and helps you to maximize your RV experience. If you have any additional questions or need clarification, feel free to contact us via email, call, or text, or stop by and ask us!

Prices are always subject to change and can not be guaranteed so always call for up to date pricing!  Weights, measurements, and capacities may vary considerably from those stated as typical for a unit. The weights that are posted on the actual unit are the ones that towing decisions should be based upon. Any information that is on the site can never be regarded as the final authority, and it is up to each customer to inspect the unit and all documents to ensure that it meets their particular needs.

Some images used on this site are representative of how a unit might appear and may include options or features that might not be part of the actual unit being offered for sale. The images, logos, copy and trademarks contained in this site, including but not limited to the text, images, audio or video, are believed to be in the public domain or are used by Arrowhead Camper Sales, Inc. with permission of the respective trademark or copyright holder.

Terms and conditions for any pricing, down payments, loan rates or terms are for demonstration purposes only. The actual terms that may be available to a customer will depend on many variables, including that customer’s credit history and financial resources and the structure of the transaction (such as down payments and collateral). Some customers may not be eligible for financing.

In no event shall Inventrue or Arrowhead Camper Sales, Inc. be liable for any direct, indirect, special, punitive, incidental, exemplary or consequential damages, or any damages whatsoever, even if Inventrue or Arrowhead Camper Sales, Inc. has been previously advised of the possibility of such damages, whether in an action under contract, negligence, or any other theory, arising out of or in connection with the use, inability to use, or performance of the information, services, products, and materials available from this site. These limitations shall apply notwithstanding any failure of essential purpose of any limited remedy. Because some jurisdictions do not allow limitations on how long an implied warranty lasts, or the exclusion or limitation of liability for consequential or incidental damages, the above limitations may not apply to you.

Our Commitment To Users With Disabilities

Inventrue and Arrowhead Camper Sales, Inc. are committed to ensuring digital accessibility for people with disabilities. We are continually improving the user experience for everyone, and applying the relevant accessibility standards where possible.

If you encounter accessibility barriers with this web site you can contact us by clicking here (opens a new page!) and we will make every effort to respond promptly and address your concerns.

In most cases your visits to this website won’t reveal personally identifiable information about you. If you elect to provide us with personal information we will only use that information in accordance with this policy.

Examples of when we collect detailed information include an application for credit, a credit card payment, a rental reservation, or an address to ship or mail or email something to you. If you ask us to not use this information as a basis for further contact with you, we will respect your request. If we change our privacy policy, we will post those changes here.

Information From Your Computer - Our site recognizes browser, operating system and Internet Protocol addresses. We use this information to gather broad demographic data, track user movement, and to improve our site. We typically do not link IP addresses to personally identifiable information; however to protect our service, site, customers, visitors or others, we may use elect to do exactly that.

Cookies - Cookies are pieces of data we can send to your browser which may then be stored on your hard drive. Our usage of a cookie is not linked to personally identifiable information while you are on our site and when you close your browser, the cookie terminates.

Links - Our site contains links to other sites and we are not responsible for the privacy practices or the content of these sites.

Other Information Practices - We use Secure Socket Layer encryption to transfer information but there are always risks no matter how much we try to prevent intrusions. You are on a secure page when a lock icon on your web browser appears as “locked”. However, you transmit information to us at your own risk as we cannot ensure the security of any information you transmit to us.

When we do receive any transmission of data from you we continue efforts to ensure its security online as well as offline. Online processes include encryption and strong password protections. Offline, we take significant steps to restrict access to your information to only those employees who need that information to perform a specific job (such as a sales, finance or customer service representative). Those employees are kept up-to-date on security and privacy practices.

Due to construction/rebuild efforts we are experiencing periodic phone line issues. If you are unable to get through via call, shoot us a text at (270) 247-8187. Thank you for your patience!